PIPEDA could put a ‘chill’ on political volunteers: Liberal counsel 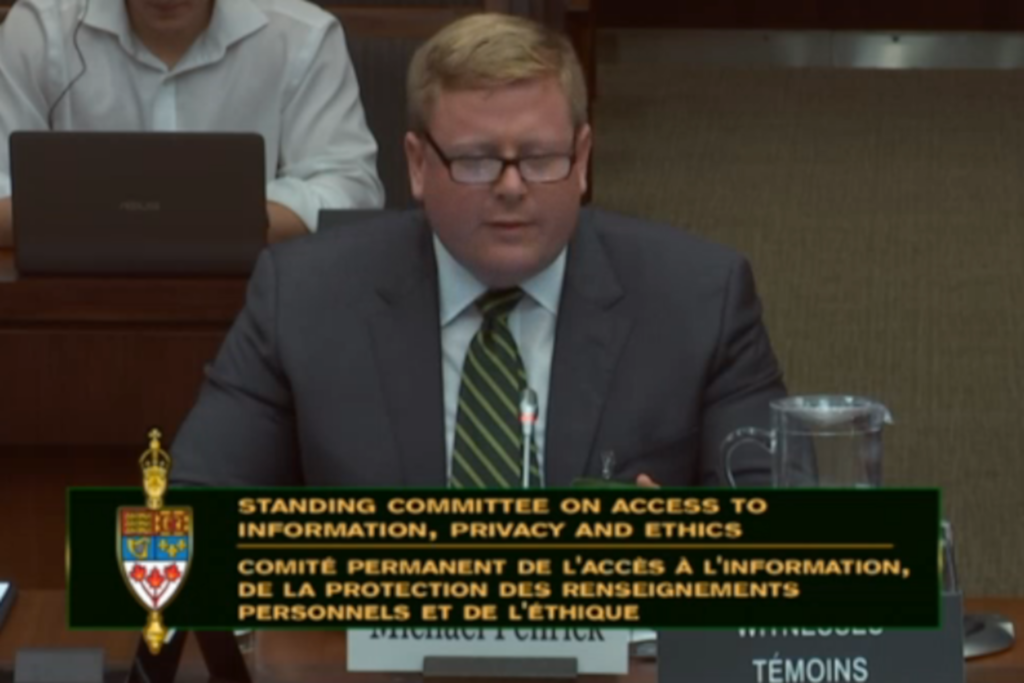 OTTAWA — The consequences of bringing the country’s political parties under its private sector privacy law will mean fewer volunteers in campaign efforts due to fears of lofty fines, a lawyer for the Liberal party told the House of Commons ethics committee Tuesday.

“Whatever rules are developed need to recognize that fundamental reality that political parties are associations of volunteers…and it would be a real disincentive to participation in the political process if people could face the kind of penalties that exist for corporations, for instance, under PIPEDA, for non-compliance,” Michael Fenrick, constitutional and legal advisor to the party’s national board of directors, said Tuesday.

This week, the Personal Information Protection and Electronic Documents Act (PIPEDA) will enforce a provision — amended by the 2015 Digital Privacy Act — that will require organizations that suffer a breach of users’ personal information to report the incident to the Office of the Privacy Commissioner and those affected if it poses a significant risk of harm. Failing to comply could cost organizations up to $100,000 in fines.

“It’s sort of not-well-tailored to the political context where you’re dealing with mostly a volunteer organization,” Fenrick said, pointing to the “hundreds, if not thousands” of volunteers for every paid staff member.

For months, the ethics committee has been studying the way personal information and data collection has been handled in the wake of a revelations earlier this year that found Facebook Inc. data was used by third-parties to influence political events around the world. In June, it released an interim report that recommended giving the privacy commissioner, who administers PIPEDA, more powers and for political parties to come under privacy legislation. Privacy watchdogs from across the country made the latter suggestion more recently.

The political parties have their own privacy policies. Government-proposed legislation looking to modernize the elections process will also mandate that parties not only have these policies and make them clearly visible on their websites, but ensure that it contains information on how personal information is gathered, protected, used and sold — or face deregistration. That includes its handling of online information.

Privacy commissioner Daniel Therrien told The Wire Report following tabling of the legislation that the lack of enforcement of those rules was a “flaw” in the bill.

The party representatives on Tuesday spent the better part of their opening statements explaining how they are abiding by all the rules, and made sure to point out that they never sell or share the information they gather with third-parties. They also agreed to registering all their advertising purchases for inspection if it means an added level of transparency

But they did diverge on the fundamental issue of privacy laws applying to their parties.

NDP director of operations Jesse Calvert said that while there should be thought and consultation when designing a framework that would include political parties under privacy law — given the differences between those parties and other organizations — he said his party believes there is a need for that oversight over parties to increase trust and transparency.

Meanwhile, Conservative party privacy officer Trevor Bailey took a more passive stance and said his party will be ready to comply with whatever the government recommends.