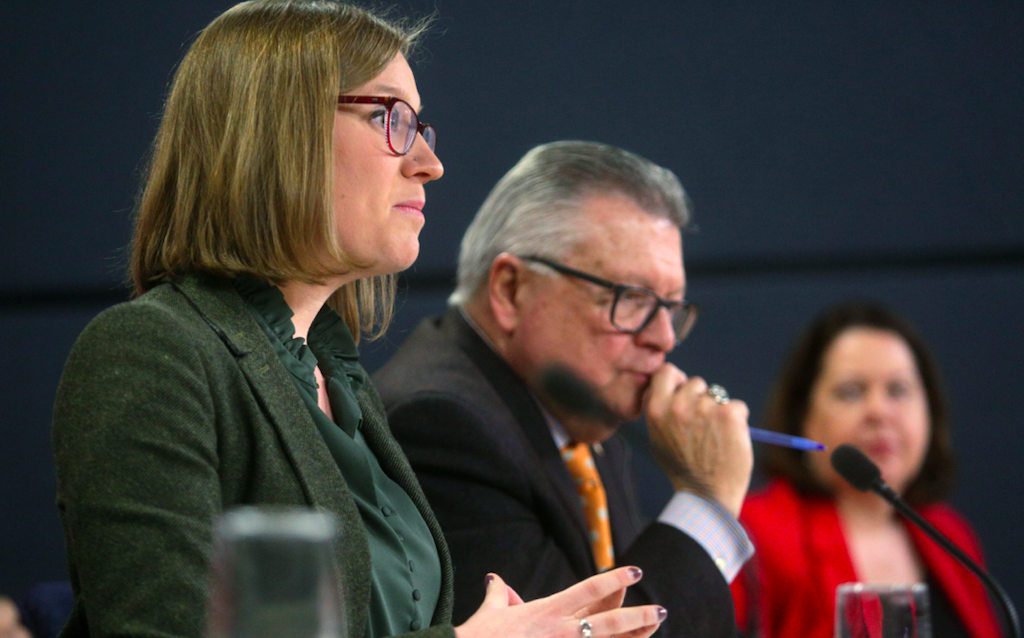 OTTAWA — The Liberal government has set up a new alert protocol and created a crack-team of top bureaucrats that can warn political parties and the public during an election period about major attempts by foreign parties to interfere or spread disinformation online that could manipulate the election.

The team will be ready for the October 2019 election and active during the writ period, senior government officials told media at a technical briefing Wednesday.

The announcements are aimed at reassuring the public the federal government can safeguard the integrity of the next federal election, given the raft of fake news, political hacking and foreign influence campaigns launched over the past few years to manipulate democracies all over the world.

The new alert mechanism, called the “critical election incident public protocol,” would enable top public servants to brief the prime minister, political parties and top elections officials, and then the Canadian public through a news conference about democratically pertinent information that could shake the core of the election — but only serious incidents that threaten the integrity of the election.

The response team tasked with the responsibility of deciding whether to make such a disclosure during the writ period will be made up of a handful of top government mandarins: the clerk of the Privy Council, the prime minister’s national security adviser, and the deputy ministers for Justice, Public Safety and Global Affairs.

“This is not about refereeing the election,” Gould said, emphasizing the mechanism wouldn’t be used to make a partisan announcement, and said she hopes it’s never used. She said any follow-up government actions would be “context dependent,” but wouldn’t weigh-in on examples.

An announcement of that sort itself would be highly unusual and the government would have to tread extremely carefully to make sure it wouldn’t appear to have a partisan bent.

The Canadian government enacts a caretaker convention for the public service during an election writ period that restricts government actions, a Westminster tradition aimed at preventing institutions from being used for partisan aims — or even risk that appearance — and it makes bureaucrats wary to do or say much at all during an election outside of routine business.

Scott Jones, the head of the Canadian Centre for Cyber Security, once called it a “nightmare scenario” for a public servant to have to do anything that would interfere in an election. In other words, the sort of dilemma faced by former FBI director James Comey in the 2016 U.S. presidential election, before he ultimately decided to declare just days ahead of election day that the FBI was reopening an investigation into Hillary Clinton’s emails — but opted not to share information about Russian meddling aimed at assisting Donald Trump until afterward.

Conservative MP Stephanie Kusie said Canadian elections remain “wide-open to foreign funding” that could influence campaigns, harkening back to her party’s push to have Bill C-76 amended to tighten restrictions on foreign funding, and said Wednesday’s announcement doesn’t count as a “detailed and credible plan” to prevent interference.

“We saw a lot of buzz-words, a lot of platitudes that should leave Canadians concerned as to the safeguarding of the electoral process in 2019,” she said.

On the new alert team, he raised concerns that the chief electoral officer — whose sole job is to ensure free and fair democratic elections — is missing from the team which could drop a “political bombshell in the middle of the campaign.” He also said the Liberals have rejected important policies like bringing political parties under privacy laws, meaning parties’ databases are left under-protected, making it more likely they will be compromised and lead to such a democratic catastrophe.

The government’s announcement comes amid fears that foreign powers are becoming more sophisticated in influencing other countries’ elections to advance their own interests through using new digital means and spreading disinformation online through social media.

A December cyber threat assessment report from the Canadian Security Establishment warned it’s very likely Canadians will be the target of state-sponsored opinion manipulation through online malicious activity. Experts have also warned for some time of the problems created for future Canadian elections by an accelerating development and use of technology to spread maliciously false information online.

Ministers and public servants refrained from mentioning specific countries they are most worried about interfering in 2019 when briefing reporters, but pointed to a few past examples and some new digital disinformation techniques.

“The Americans were obviously affected in 2016,” Goodale said, noting that both parties were hit by hackers, and he referenced general concerns increasing over trolls and automated fake accounts being “dispatched” to create anxiety or hysteria during elections.

Government officials also pointed to France in 2017, when party emails were hacked and leaked online, and they raised concerns about techniques such as convincing “deep fake” videos that could interfere with an election if they “go viral.”

If the government was only looking back at past domestic issues and what happened in the Canadian 2015 general election, these measures wouldn’t have been announced today, officials said.

The call for project proposals to access the $7 million in funding from what’s called the “Digital Citizen Initiative” was published Wednesday after the press conference. That funding will be made available through the Canada History Fund, the Canada Periodical Fund and Youth Take Charge, and project examples include training sessions for citizens, “awareness-raising activities,” and various digital literacy tools.

Other measures announced Wednesday included a new task force dealing with elections security and intelligence threats, made up of CSIS, the RCMP, the Communications Security Establishment and Global Affairs, which will “prevent covert, clandestine or criminal activities” from influencing the election, as described by a government backgrounder.

Gould also emphasized that Ottawa has been in talks with various social media companies, such as Twitter Inc. about increasing the transparency of political advertising and preventing their platforms from being manipulated for anti-democratic purposes, but announced no new policies on that front.

A House of Commons committee had unanimously called for new rules for social media companies in a report last month, the result of their probe into the Facebook-Cambridge Analytica data scandal. The government will have to table its response to those calls this spring.