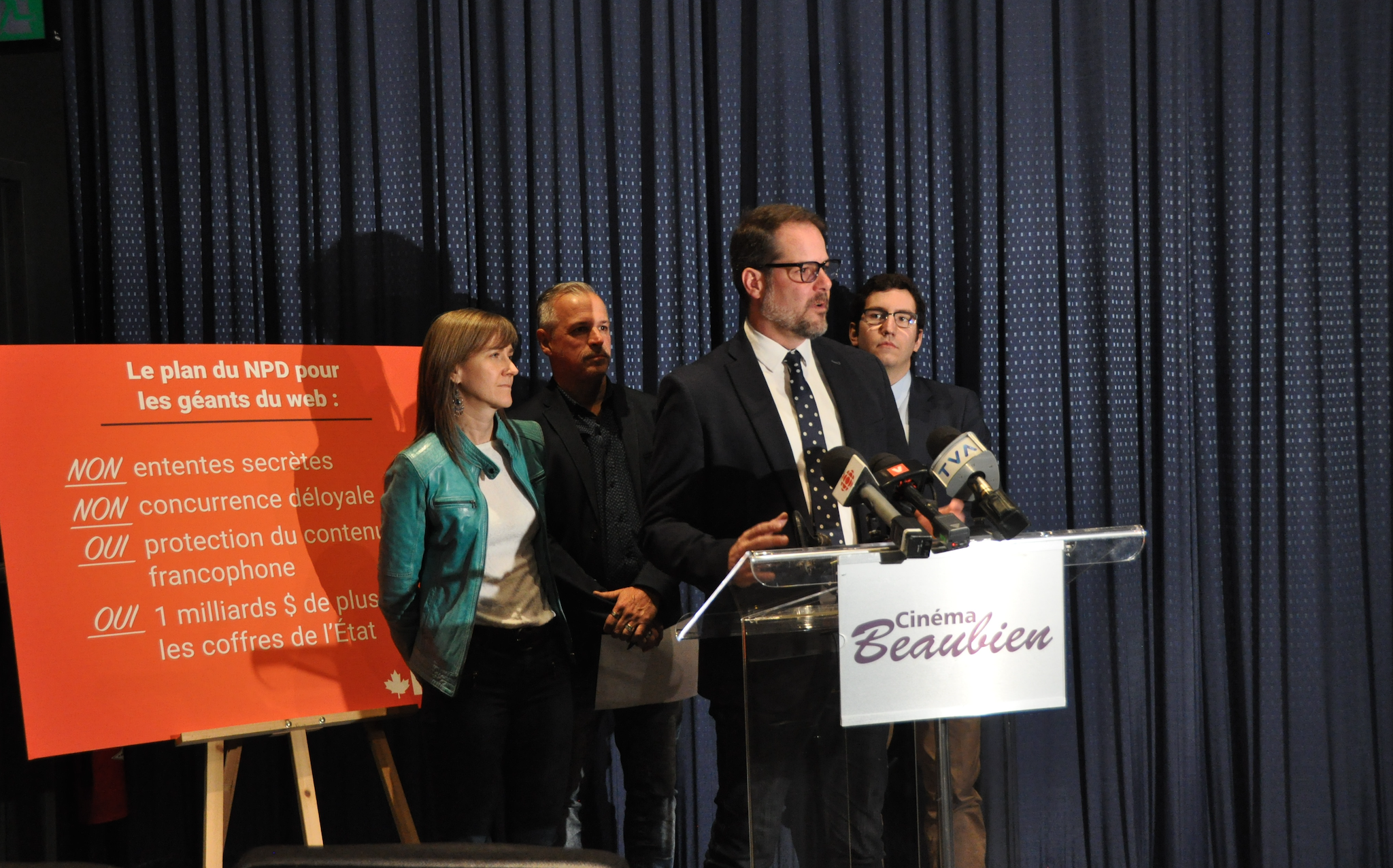 NDP MP Alexandre Boulerice announces in Montreal on May 13 that the NDP's election platform will include imposing sales taxes on foreign digital services./ Photo by Anja Karadeglija.

MONTREAL — The NDP’s platform for this year’s federal election will include requiring foreign over-the-top (OTT) services to collect and remit sales tax on revenues earned in Canada and ending the tax exemption for advertising on foreign online platforms.

NDP MPs Alexandre Boulerice and Pierre-Luc Dusseault held a press conference on Monday in Montreal to announce the promises. They said the NDP opposition day motion to be introduced in the House of Commons this week will cover the same issue.

The promise to begin applying sales tax to digital companies without a physical presence in Canada is not new for the party, which has also taken the Liberal government to task — and to court — over its 2017 agreement with Netflix Inc., the details of which have never been revealed.

Meanwhile, various groups including the Friends of Canadian Broadcasting and the Public Policy Forum (PPF), have been asking the government for years to change rules that allow tax deductions for advertising on foreign websites.

Boulerice said the party would be “open” to adding other requirements on online platforms, such as Canadian content requirements and contributions, but that it’s starting with the basics for now.

“We have to begin there, but we are open to other considerations, of course,” he said, noting that such measures are unlikely to be in the party’s election platform.