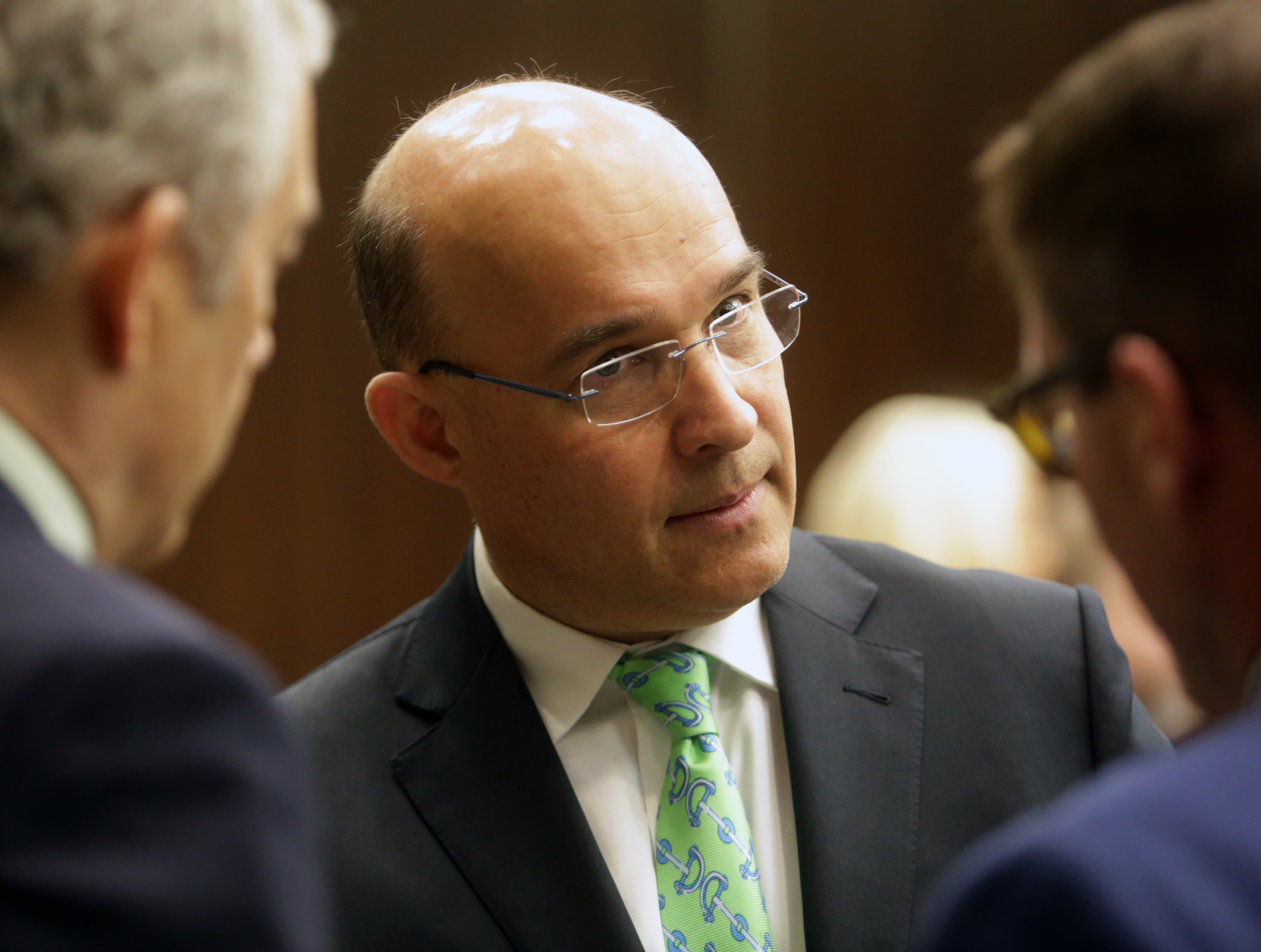 Jim Balsillie, CIGI founder and Chair of the CIGI Board of Directors, at the House Standing Committee on Access to Information, Privacy and Ethics on May 10, 2018.

The Centre for Digital Rights has hired new lobbyists to help it research the privacy policies of the political parties, a spokesperson told The Wire Report.

The organization, spearheaded by former Blackberry Ltd. co-CEO Jim Balsillie, has brought on the Daisy Group as of the end of April to help it advocate for its data governance initiatives on Parliament Hill.

What’s new is that the group is seeking to study the privacy policies of political parties and “learn how our political parties currently handle data they have and how they use it,” spokeswoman Neve Peric said in an email.

Since the passage of new elections law in December, political parties are required to have and make public privacy policies covering the collection and usage of electoral information, including online information. The Election Modernization Act, however, didn’t include an enforcement mechanism, which the Office of the Privacy Commissioner flagged as a “flaw” in the bill last year.

The new law also doesn’t extend the jurisdiction of the Privacy Act or the private sector privacy law, the Personal Information Protection and Electronic Documents Act (PIPEDA), to political parties, which has been called for by the House of Commons ethics committee and the head of Elections Canada. The ethics committee also recommended giving the privacy commissioner, who enforces PIPEDA, order making and fining powers.

The federal lobbyist registry shows the Daisy Group’s managing partner Lisa Kinsella and one of its consultants, Rob Gilmour, registered to lobby on behalf of CDR last month. The group counts as clients a number of Canadian cities, territorial governments, and the Liberal Party of Canada, according to its website.

Last year, a lawyer for the Liberal Party told the ethics committee that bringing political parties under privacy laws would put a “chill” on political volunteers because of fears of being fined.

The new lobbyists’ registrations include developing a “robust national data strategy for Canada that includes enhancing the protection of Canadians’ digital rights and privacy in the data-driven economy.”

The CDR is also partnering with Digital Justice Lab, an organization dedicated to educating Canadians about technology, to “build digital literacy and capacity” among Canadians, Peric said, adding the group is working on a plan to publicize the program in the “next few weeks.”

The CDR, DJL, and Tech Reset Canada, an innovation advocacy group, have partnered to establish a group called Digital Rights Now, which is seeking to “have a national conversation about digital rights.”

The CDR first registered to lobby back in May of last year, only days after Balsillie warned parliamentarians about the data collection practices of the tech giants like Facebook Inc. and Alphabet Inc., saying the behemoths are engaging in “surveillance capitalism.”

Since registering, the CDR has met with the Competition Bureau and the OPC.

Last June, the federal government launched a consultation on a national data strategy, which looks into the issue of data and privacy in a data-driven economy.

Members of parliament have been raising the issue of data protection and the security of personal information against the backdrop of the Cambridge Analytical data scandal — which involved the collection of Canadians’ personal information without consent — that rocked the world early last year. In March of that year, the NDP announced a digital bill of rights motion that intends to force all government departments and agencies to consider those principles when they conduct their work.