Scheer promises Huawei 5G ban, but no info on what that means 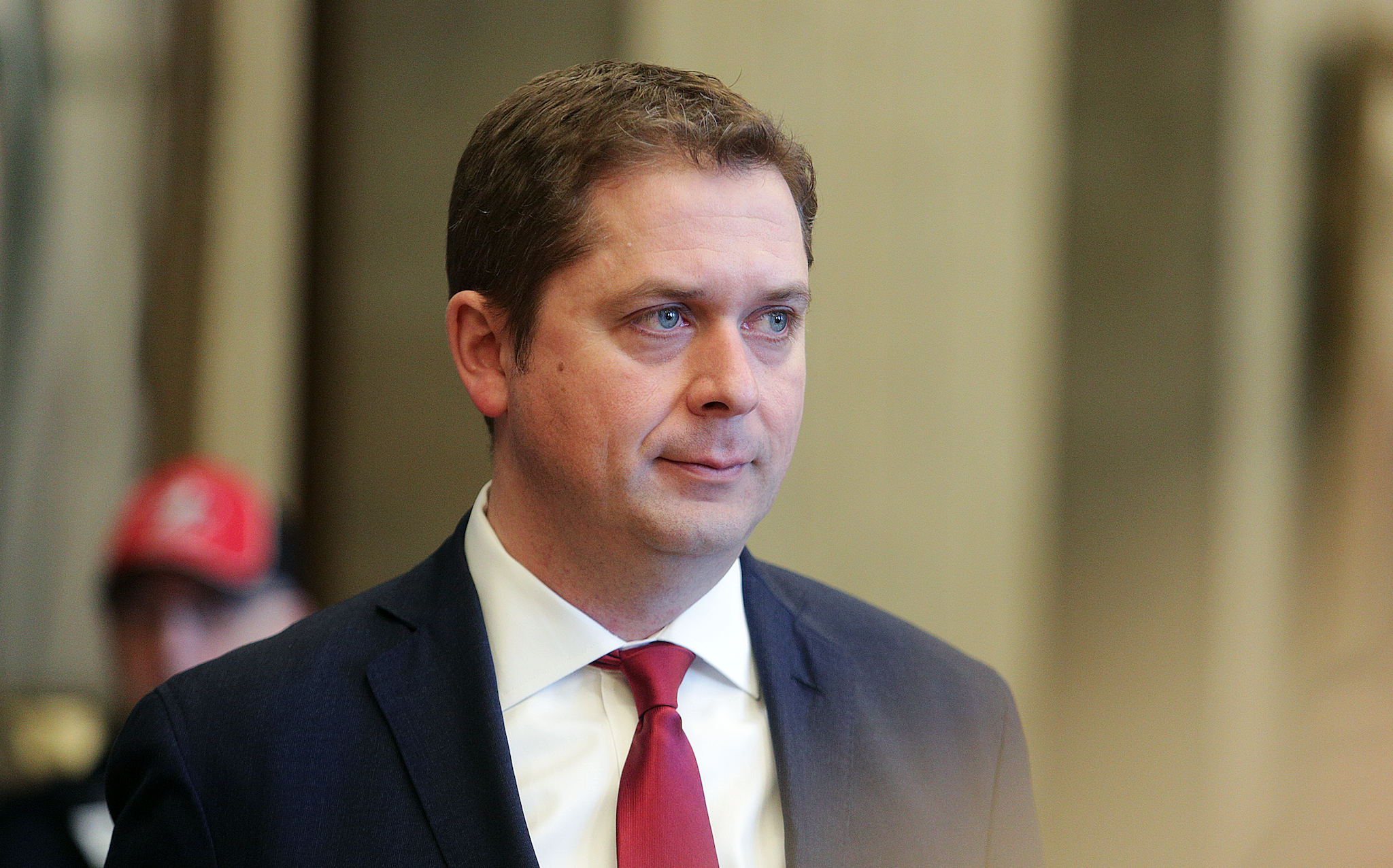 Conservative leader Andrew Scheer said last week he was in favour of a ban on equipment from Huawei Technologies Co. Ltd. in 5G networks, but his office has since refused to offer any information about what would be involved in such a move.

That means Scheer could be promising anything from formalizing a ban on Huawei equipment in the network core, which would effectively continue the status quo, to forcing companies to rip out all existing Huawei equipment, which analysts have said could cost companies as much as $1 billion.

“We would not allow Huawei to participate in the 5G network,” Scheer reiterated to reporters Wednesday, according to a transcript. “I believe there are many security concerns as it relates to Huawei and the development of Canada’s 5G.”

A party spokesperson and Scheer’s press secretary did not respond to follow-up questions about what would be involved in such a ban.

“Just saying ‘a ban on’ leaves a lot of policy options, which may be very helpful in that it leaves things open, but makes it very hard to figure out what exactly is meant,” said Chris Parsons, senior research associate at the Citizen Lab at the University of Toronto’s Munk School of Global Affairs.

Parsons outlined in a phone interview that the ban could take the form of banning 5G-enabled Huawei phones or its equipment in headsets; banning Huawei radios used in radio-access, wireless portions of the networks, such as equipment used on towers; a ban on Huawei equipment in the core of telecoms’ networks; or even new rules governing Huawei-funded research at universities and the resulting intellectual property.

“Or it could be any combination of those. So it’s pretty broad,” he said.

Complicating matters further, there is no such thing as a “5G network” that is separate from current 4G networks, since 5G components will be built on and added to the existing networks. That means another question is whether a ban would be retroactive — meaning companies would have to go back and rip out existing equipment — or whether the government would simply state a deadline after which Huawei equipment could no longer be used.

If that is the case, then arises the question of interoperability — that is, whether the Huawei equipment already in the network could be made to work with new components from a different manufacturer.

Parsons noted that companies who currently use a lot of Huawei equipment have said that they wouldn’t be able to just make the switch to using another company’s.

The extremely political nature of the situation, in which Canada must navigate pressure from the United States to implement a ban and potential consequences on its relationship with China, is another factor.

“It’s really exciting sometimes to see big bold statements, but I think what we really need to see are the details, and I have a suspicion that most of the parties are equally confounded as to how exactly to thread this needle without endangering our long term trade with China, endangering Canadians who are within the Chinese regions of power and maintaining strong and good relations with Americans at the same time,” Parsons said. “It’s a political football and I don’t think anyone has an idea as to how to catch it right now.”

Canadian telecoms already don’t use Huawei equipment in the sensitive core of their networks, but if the current or a future government opted for that form of a ban, it could still have political consequences, Parsons said.

Parsons said such a formal ban would be a public assertion of how a party or government views China, “and so it could be politically contentious if not particularly technically contentious.”

The Liberal government is aiming to release its decision on a potential ban before this year’s federal election.

Scheer told reporters last week said the Liberal government should have “made a decision much earlier,” while NDP MP Matthew Dubé said in a phone interview that the government’s review should “be expedited so that they can arrive at a decision based on the facts and the opinions of our national security agencies as soon as possible.”

Dubé said that the U.S. has its own agenda and “we shouldn’t be necessarily making decision in lockstep with whatever they’re choosing to do. There’s other countries that have had more nuanced positions on the issue, like the United Kingdom, Germany and others.” Germany has said it would it would tighten security requirements but won’t ban individual companies, while the U.K. plans to ban Huawei equipment only from the network core, according to information leaked to media a month ago that led to the firing to defence secretary Gavin Williamson.

Last week, the U.S. Commerce Department prohibited Huawei from buying U.S. goods, but then eased those restrictions on a temporary basis.

Dubé said the NDP’s decision on the issue would be based on the security review’s recommendations.

“I think the determination is not one to be made by politicians but by our national security agencies,” he said.

“I don’t think politicians have necessarily the expertise to understand the ins and outs of alleged espionage and how all of this technology works.”

People’s Party of Canada leader Maxime Bernier has also stated he’s in favour of a ban.

Dubé said an NDP government would be willing to consider compensating telecoms if there were to be a ban. It’s unclear how much that would cost BCE Inc. and Telus Corp., the two telecoms that stand to be the most affected, since there have been differing statements about whether a ban would be material for them.

“I think the government should be working with those companies should a ban be the option that we go with,” Dubé said. “It’s a difficult determination to make but I would imagine given the federal government’s responsibilities on this file as it moves forward, that one would hope there would be collaboration with the telecoms to make sure that the impact is mitigated.”

Scheer’s spokesperson didn’t answer questions about the Conservatives’ position on the issue of compensation, while Innovation Minister Navdeep Bains was non-committal on the issue in an April interview with The Wire Report.