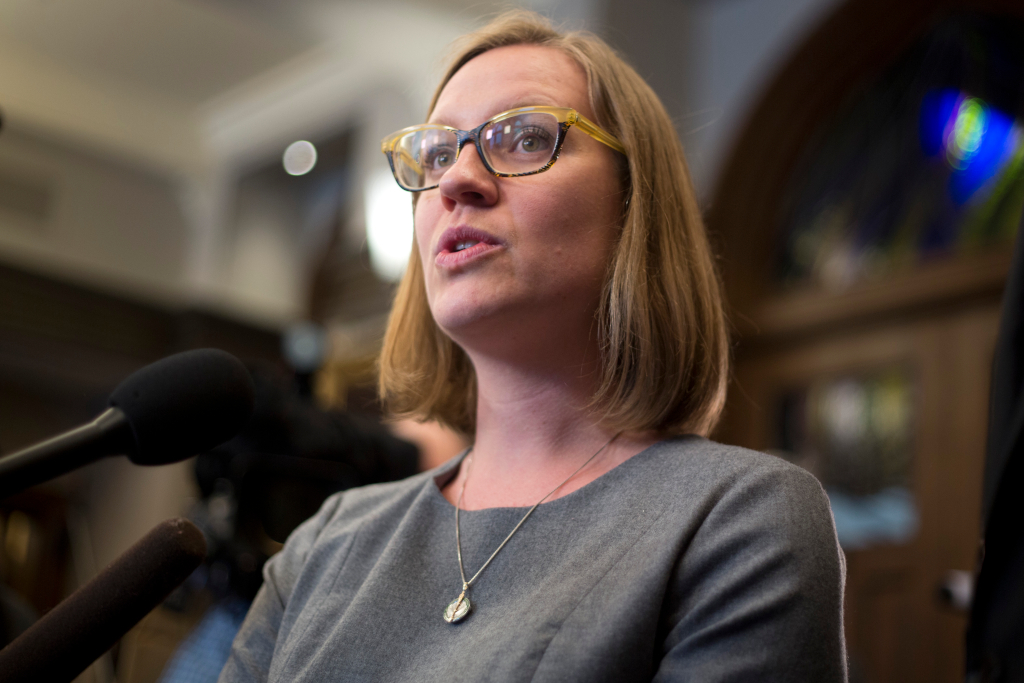 OTTAWA — Facebook Inc. and Microsoft Corp. have both signed on to a declaration of principles around the promotion of electoral integrity online, aimed at combatting the spread of disinformation on social media sites in the run up to the 2019 federal election.

Minister of democratic institutions Karina Gould said that Facebook and Microsoft have committed to removing fake accounts and “inauthentic content,” removing “malicious bots,” and to work with the government.

Twitter Inc. and Alphabet Inc.’s Google have not signed up to the agreement.

“We’re hoping that the other platforms will agree to abide by these principles in the run up to and during our elections,” Gould told reporters after announcing the agreement during question period in the House of Commons.

The agreement has no enforcement mechanism. The election is currently scheduled to be held no later than Oct. 21.

The announcement comes hours before the opening of the House of Commons ethics committee’s International Grand Committee on Disinformation and “Fake News” in Ottawa.

The committee features legislators from some nine countries, and last met in London in November. The committee came together in the aftermath of the Cambridge Analytica scandal to investigate the manner in which data collection and “fake news” are affecting democratic practice.

The ethics committee, which recently wrapped up a year-long investigation into Facebook and Cambridge and Analytica, earlier this month issued subpoenas to Facebook’s founder Mark Zuckerberg and chief operating officer Sheryl Sandberg to appear. The Facebook executives have not responded.

“I think social media platforms have made it pretty clear that they’re not really interested in changing their fundamental business model,” Blaikie said in a media scrum.