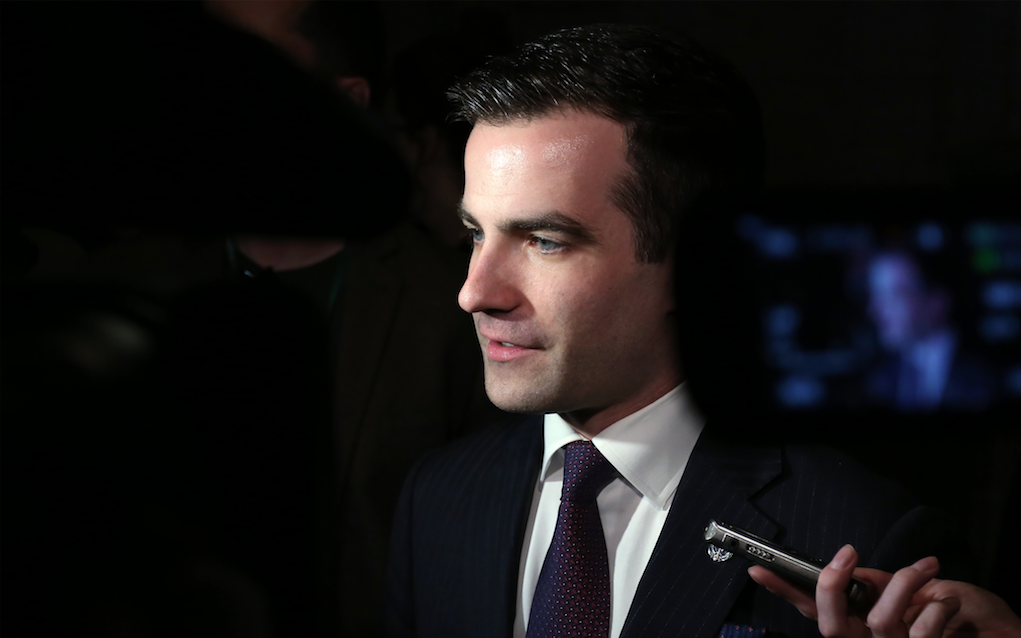 NDP MP Matthew Dube after question period on May 8, 2018. Photo by/ Andrew Meade

Conservative and NDP MPs criticized the Liberal government Tuesday for what appears to be a delay in announcing its decision about whether or not to allow Huawei Technologies Co. Ltd.’s equipment to be used in Canada’s 5G networks.

Monday, after months of uncertainty about when the government would make a decision whether or not to ban the Chinese telecom equipment giant from Canada’s 5G infrastructure, Reuters — citing unnamed “well-placed” sources — reported that there was “no chance” any decision on Huawei would be made before the election.

In May Public Safety Minister Ralph Goodale, whose department is in charge of the review, had indicated that the decision would in fact come before the election. Public Safety officials declined to confirm or deny the Reuters report Tuesday. “We will be taking appropriate decisions in due course. We will ensure that our networks are kept safe for Canadians,” a spokesperson said in an emailed statement.

“Further delaying it is far too political an implication on a decision that quite frankly should be based on the cold, non-partisan assessment of our national security agencies,” NDP MP and co-chair of the House of Commons security committee Matthew Dubé said in a phone interview.

“There seems to be more talk about whether or not it will be before or after the election, which says nothing to me about our relationship with China, and everything about politics — and that’s obviously not what should be at play here,” Dubé said, adding that he was also sensitive to the complicated negotiations around the detention of two Canadian nationals in China.

The government has an ongoing security review looking into the question. In December, Prime Minister Justin Trudeau said the final verdict will “not at all be a political decision” but one informed by experts and based on recommendations by Canada’s intelligence and security agencies, who are in communication with Canada’s ‘Five Eyes’ partners.

Conservative MP and Innovation critic Dan Albas was also critical of the reported delay. “Justin Trudeau is passing the buck until after the election, because he’s more worried about his political self-interests, than the best-interests of our country and Canadians,” he said in an emailed statement, while reiterating Conservative leader Andrew Scheer’s previous statements on Huawei.

In May, Scheer called for a “ban” on Huawei, though he declined to offer any details — meaning Scheer could be promising anything from formalizing a ban on Huawei equipment in the network core, which would effectively continue the status quo, to forcing companies to rip out all existing Huawei equipment.

Neither BCE Inc. nor Telus Corp. — the two companies who stand to be most affected by a ban on Huawei, given their significant investments in the Chinese company’s equipment — commented specifically on the new report.

A Telus spokesperson referred to CEO Darren Entwistle’s remarks on a February earning’s call, in which he said that the company would be able to manage any potential ban on Huawei “adeptly.”

In February, Bell’s CEO George Cope said that a ban on Huawei would not delay his company’s 5G rollout, days after analysts wrote that the likelihood of a ban was increasing.