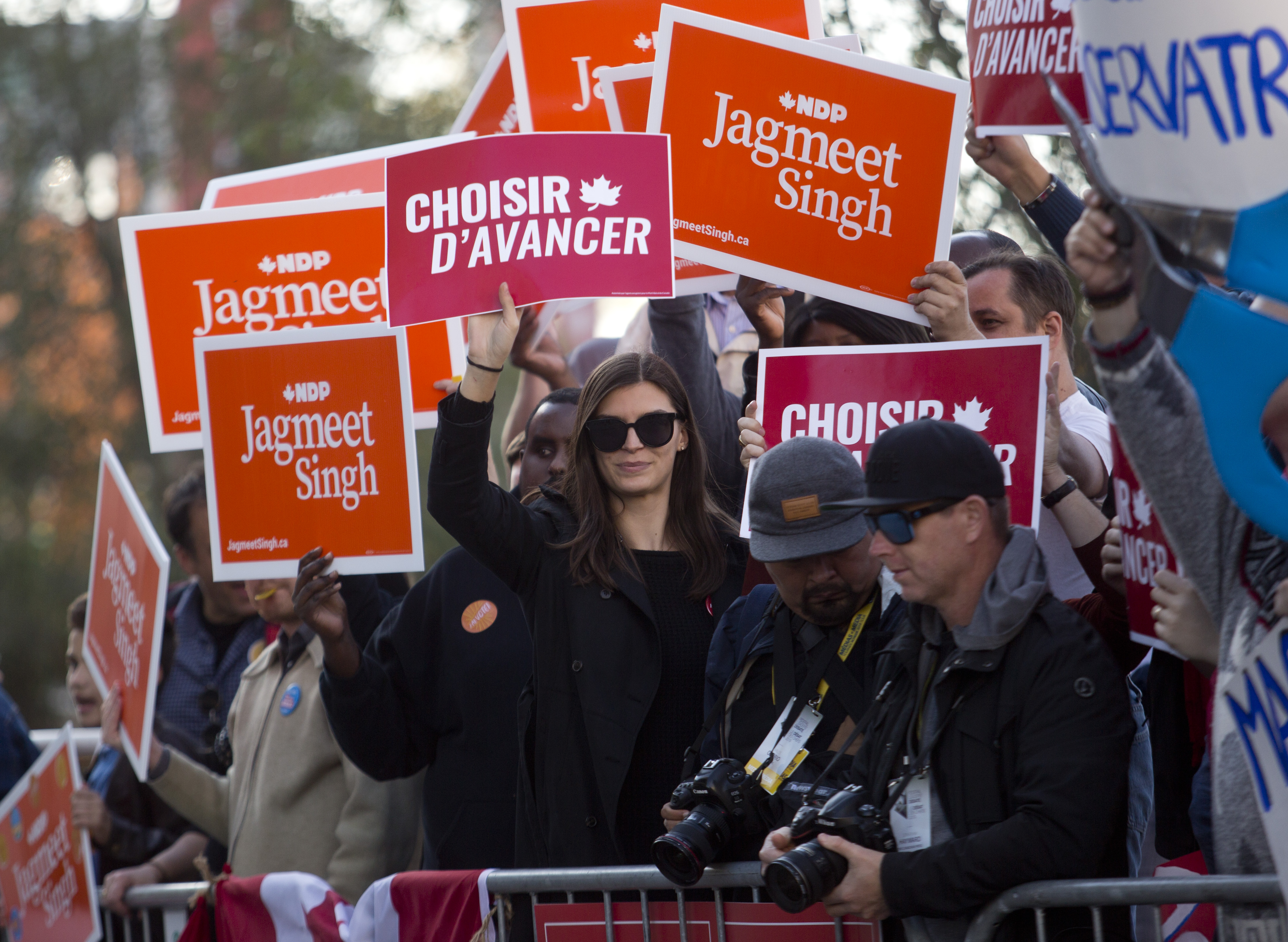 The crowd outside the Canadian Museum of History in Gatineau, Que. ahead of the Oct. 10 French-language federal leaders' debate.

Federal party leaders agreed Thursday evening in the last debate of the election campaign on the need for big online companies to pay more in taxes, for the government to invest in the cultural sector and to protect Canadians from data breaches, though they didn’t delve into details.

Green Party leader Elizabeth May also talked about the need to tax large online companies. Following the English-language debate Monday, she was asked to provide more details on what kind of tax her party would impose. May responded that “we’re not looking at a sales tax, we’re looking at a structure that brings the tax further upstream,” though she also said her party would be in favour of ending a tax exemption for advertising on foreign digital media. That’s something the NDP has also pledged to do.

The Liberal Party has promised a three-per-cent corporate sales tax that would apply to companies like Alphabet Inc.

During Thursday’s debate, Conservative leader Andrew Scheer also reiterated his promise to tax web giants, which he previously made in the first French-language debate, though he has yet to provide details on what that would look like. On Thursday evening, he also spoke about the need for new regime for digital media, including companies like Facebook Inc. and Google, again without going into details. His party is the last to release its full platform — it’s scheduled to do so Friday, just over a week ahead of the Oct. 21 vote.

People’s Party of Canada leader Maxime Bernier, meanwhile, said that foreign online companies should pay sales tax. Currently, digital companies without a physical presence in Canada, such as Netflix, don’t have to collect and remit sales tax, while their Canadian counterparts do.

All six leaders agreed on the need to invest in culture and artists, again without going into detail.

The candidates were also asked about data breaches that have in recent years seen Canadians’ data exposed.

Singh said he was in favour of “repercussions” for companies who should be responsible for keeping Canadians’ information safe in such cases, Liberal leader Justin Trudeau pointed to the “digital charter” his government released earlier this year. That document didn’t include any new measures regarding data breaches.

Blanchet said there should be mandatory breach notification — though it was unclear how this would differ from from the rules that came into force in November 2018 — and that those companies should cover costs incurred by customers whose data was breached.

Bernier said no company is above the law, while May and Scheer both agreed Canadians should be protected in case of data breaches.

Correction – a previous version of this story indicated that the Liberals’ proposed corporate tax would apply to Netflix.