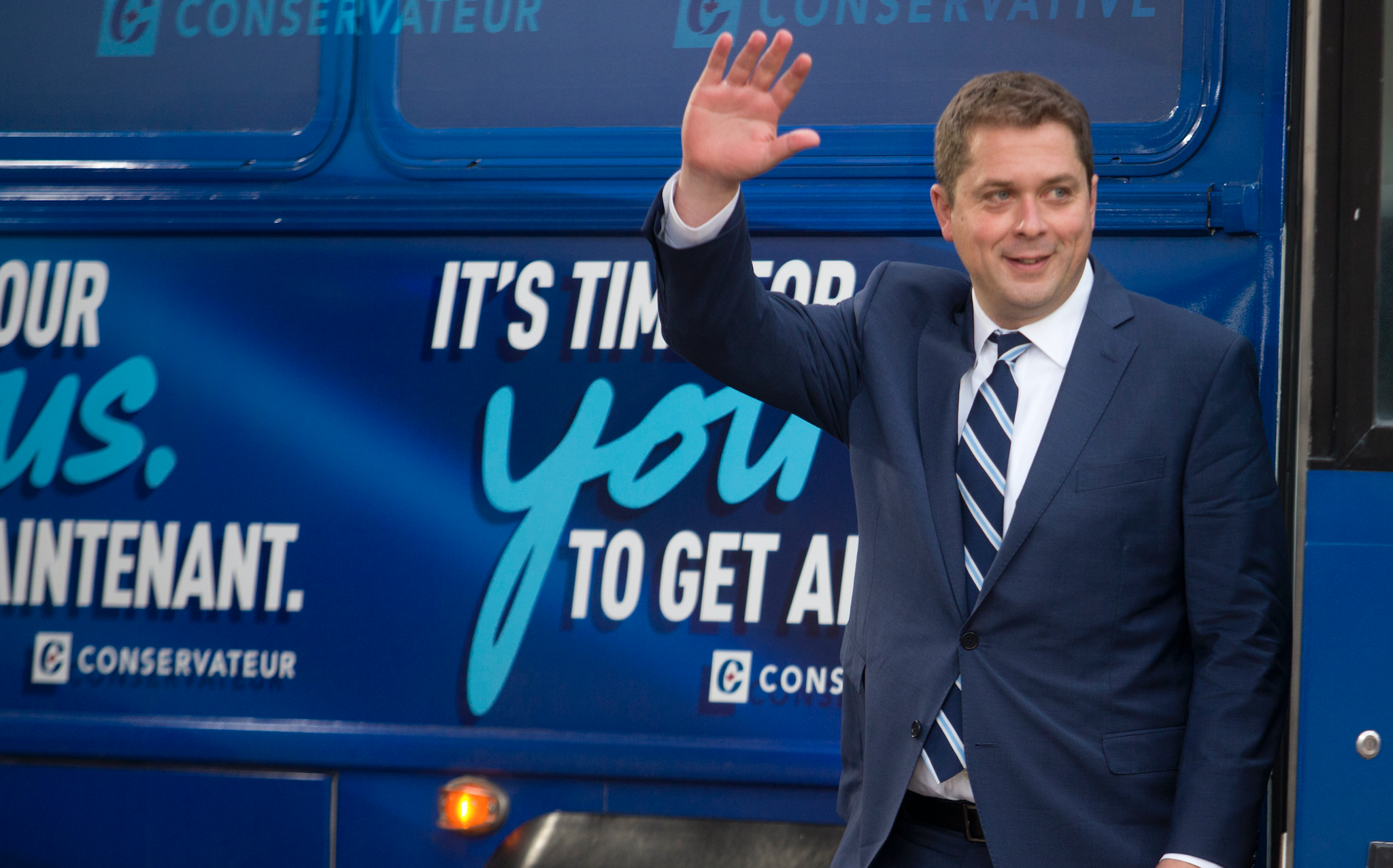 Despite Conservative leader Andrew Scheer indicating throughout this fall’s election campaign that he would make sure Netflix Inc. pays its “fair share,” his party is refusing to clarify whether he actually plans to introduce any new obligations on the streaming giant.

The three-per-cent tax on revenue included in the Conservative platform, released Friday afternoon, would affect the largest international digital companies that “provide a social media platform, search engine, or an online marketplace to Canadians.” Netflix, which makes its revenue selling subscriptions to its streaming service, doesn’t fall under any of those categories.

Conservative spokespeople didn’t respond to repeated questions about whether Netflix will be included in the new tax, which would apply to companies with global revenue of more than $1 billion and Canadian revenues of more than $50 million.

The CPC platform, which was the last of the federal parties’ plans to be released, doesn’t include any other measures that would affect the streaming giant or other foreign streaming services.

During the election campaign, Scheer indicated that his plan to make big digital companies pay their “fair share” would include Netflix, particularly during appearances in Quebec. Currently, foreign digital companies that don’t have a physical presence in Canada aren’t subject to sales tax, while Canadian platforms are. The idea that non-Canadian streaming platforms should have to charge sales tax and contribute to cultural content has a strong base of support in Quebec, where the provincial government imposed provincial sales tax on foreign streaming services in January.

Earlier in the campaign, during an appearance on talk show Tout le Monde en Parle in September, Scheer was specifically asked whether a Conservative government would levy taxes on Netflix. Scheer responded, in French, by announcing for the first time that his party’s platform would include measures “targeting web giants to ensure they contribute to our society, to the government’s revenue. So stay tuned, because it’s coming.”

Scheer repeated that statement in other appearances in cases where the discussion or questions centered on taxing streaming services and Netflix specifically. For instance, in the first French-language debate, the Liberals outlined their plan to enforce the same taxes on Netflix as other OECD countries, and NDP leader Jagmeet Singh criticised the Liberals’ 2017 deal with Netflix. When given a chance to chime in on that discussion, Scheer repeated that a Conservative government would ensure web giants pay their fair share.

The Liberals’ three-per-cent tax wouldn’t apply to Netflix or companies whose business is based on selling streaming subscriptions either. Liberal spokesperson Guy Gallant said in an email that tax would cover “revenue generated through the sale of online advertising and user data by digital companies with global revenues of at least $1 billion a year, and Canadian revenues of at least $40 million a year.”

However, the Liberals have promised to implement new rules for Netflix regarding the creation and promotion of Canadian content, and to impose sales taxes on Netflix once the Organisation for Economic Co-operation and Development (OECD) agrees on a “unified approach.” The NDP have maintained since before the campaign began they would impose sales tax on foreign streaming services.

The issue of whether the Conservatives would implement any new rules on Netflix isn’t the only basic question about telecom that remains unanswered just days ahead of voting day on Monday, with both the Conservative and NDP plans for rural broadband lacking clarity.

The Liberals outlined in the last pre-election budget and reiterated in their connectivity strategy that they plan to connect 95 per cent of Canadians to speeds meeting the CRTC’s basic service standards by 2026, and to reach 100 per cent connectivity by 2030. Part of how the party plans to make that happen is through a $1.7 billion Universal Broadband Fund, in addition to other funding.

In 2017, the latest year for which CRTC data is available, 16 per cent of Canadians — and 63 per cent of those living in rural areas — didn’t have access to service meeting the CRTC’s basic service standards of 50 Mbps download and 10 Mbps upload. The situation for indigenous communities is even worse. A confidential government document obtained by The Wire Report last year estimated 71 per cent of Indigenous households would not have access to a connection that meets the basic standard by March 2019; it predicted 32 per cent wouldn’t even have access to speeds that meet the old standard of 5 Mbps download.

NDP spokeswoman Melanie Richer confirmed in an email that the NDP would make available additional funding on top of the 2019 budget commitment. However, Richer did not respond to questions about how much additional funding the NDP would provide. The NDP platform outlines $750 million in the first year and then $500 million in the next three years for both rural broadband and the NDP promise to lower telecom bills, but does not break down how much of those figures is allocated to each goal.

The party has also been saying it wants to see that rural broadband rollout sped up, with its platform specifying that “we believe that we need to act urgently to close the digital divide now, not ten years from now as the Liberal government proposed.” But the document doesn’t specify what kind of timeframe for universal connectivity it would aim for, and Richer didn’t answer questions about how much faster the party would like to see that rollout happen.

The Conservatives, meanwhile, didn’t respond to any questions from The Wire Report following the release of the platform, including about rural broadband. While the platform mentions the issue, it doesn’t specify, and the party didn’t answer, whether a Conservative government would keep the Liberal connectivity targets in place, aim to speed up the rollout, or extend the deadline for connecting all Canadians.

Spokespeople also didn’t answer questions about whether a Conservative government would keep the funding outlined in the 2018 budge at the same level, or decrease or increase it.

They also left unanswered questions seeking clarity on promises made in the platform. For instance, the document says a Conservative party would “set aside a portion of all spectrum auctions for rural Canada.” Spokespeople didn’t answer repeated questions about what the party means by that; for instance, whether that line is referring to setting aside a portion of auction revenues for rural broadband, or whether it’s referring to another promise, which is to “redefine the licence areas for internet providers.”

They also didn’t answer whether that reference to “internet providers” means only some spectrum blocks — such as those used for fixed wireless home internet delivery — would be subject to the new licence areas, and whether a promise to “redirect existing rural broadband funding toward strategic priorities, such as high-capacity backbone” means they would eliminate existing funding for last-mile connections.

Telecom issues, overall, have been significantly more prominent throughout this election than the 2015 campaign, where they were largely ignored — with the exception of the “Netflix tax” then-prime minister Stephen Harper accused the Liberals and NDP of wanting to implement.

This time around, the Liberals, the NDP and the Green Party have all said they want to lower wireless and telecom bills, with the Liberals promising to lower prices by 25 per cent and the NDP outlining a plan to institute price caps. The Conservatives haven’t made any promises regarding telecom affordability.

The Conservative Party has now specified its plan to make web giants “pay their fair share,” which consists of a three-per-cent tax on revenues of the largest digital companies. The party said...